I grew up on a council estate in Stockport, where I launched my campaign.

As a kid, I looked after my Mum who need support with her mental health. Because I spent more time caring for her than I did studying, I didn’t do well in school. 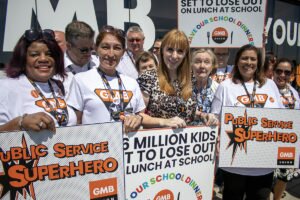 I got pregnant at 16, and worked hard to raise my son. I had a social security system to fall back on and SureStart to help me – support that the Tories have cut.

As soon as I could work, I did.

I became a home carer and when someone said ‘you should join the union’ and explained to me what that meant, it changed my life. I could never have dreamt where it would lead, but I went from being a home carer to eventually representing hundreds of thousands of workers like me as an elected trade union official.

It’s thanks to the labour movement that I got involved in politics because as I fought for the people I represented case by case, dispute by dispute, I could see the law was stacked against us.

For a long time I didn’t talk about my life story. I didn’t feel good enough. For too long instead of feeling pride at what I’ve overcome, I felt ashamed.

In the House of Commons – a place built on privilege – you become all too aware that it wasn’t set up for the likes of ‘us’. 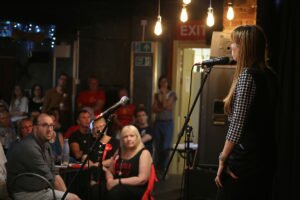 But my story is the story of so many people. Millions work on minimum wage in insecure jobs, care for relatives, and rely on the care system at some point in our lives.

That is what drives me on: because sometimes how well a person does in life depends simply on their post code and their parents’ bank balance.

That isn’t right. My socialism was been built through my life experience.

As a carer, a Mum, a trade union rep and working class woman I know the power of collectivism to change the world and the pressing need to do so. That’s what I’m standing to be our deputy leader.

Stay up to date with #TeamAngela

By signing up you are opting in to campaign communication from Angela Rayner for Deputy. Click here for our privacy statement. You can opt out at any time.

Any cookies that may not be particularly necessary for the website to function and is used specifically to collect user personal data via analytics, ads, other embedded contents are termed as non-necessary cookies. It is mandatory to procure user consent prior to running these cookies on your website.